The 5 Best Beans To Add To Your Diet 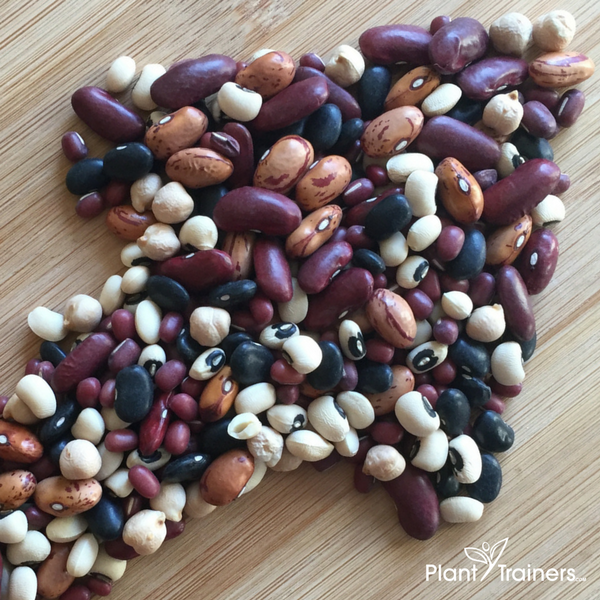 So, It’s BEAN a long time since we have written about beans. The topic comes up quite a bit. Almost as much as people asking about the BEANNING of life…OK, we’ll stop before you think we are not that PUNNY…funny!

If you are really wondering which type is best for you, it could be the COFFEE BEAN…Kidding…you wish!

The real answer is any beans you’ll eat. If you love going to town on the baby lima bean and hate lentils….we’d rather you get the soluble fiber and nutrients of a ½ cup of your choice rather than none of our recommendations. But keep in mind, these are recommendations and we are hoping to peak your interest. In the United States, people eat only 1.4 ounces of total beans and legumes per week or less than ⅕ cup. It’s time to raise that bar!

Beans are a part of the pulse family. They can help fight obesity, improve heart health, stabilize blood sugars and really get things moving. There has also been research showing a lower incidence of colorectal cancers*. But most of all they are delicious. Although each has it’s own distinct flavor, many are quite mild and take on the flavoring they’re added too.

Here are the 5 Best Beans To Add to Your Diet: 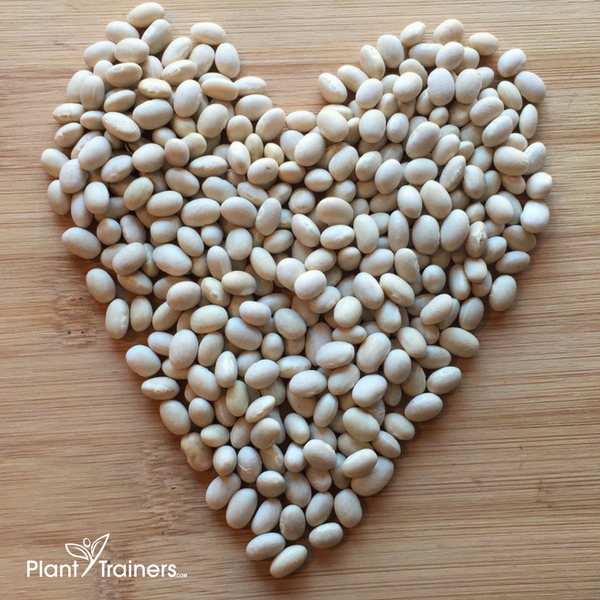 Attention! Navy beans got their funky name because they were a staple food of the United States Navy. Originally from Peru, the navy bean shares it’s genetics from other beans like the black bean and pinto bean. 1 cup of navy beans yields 76% of your daily fiber, 64% of folate, 48% manganese, and 24% of your daily iron intake. Hello, Superfood! These have the ability to help stabilize blood sugars especially in the instances of insulin resistance or hypoglycemia and diabetes. That is partially because they’re a great source of steady, slow-burning energy. Generally, during the process of canning nutritional value is lost. However, in this case, these persevere and retain almost all the same nutritional value. 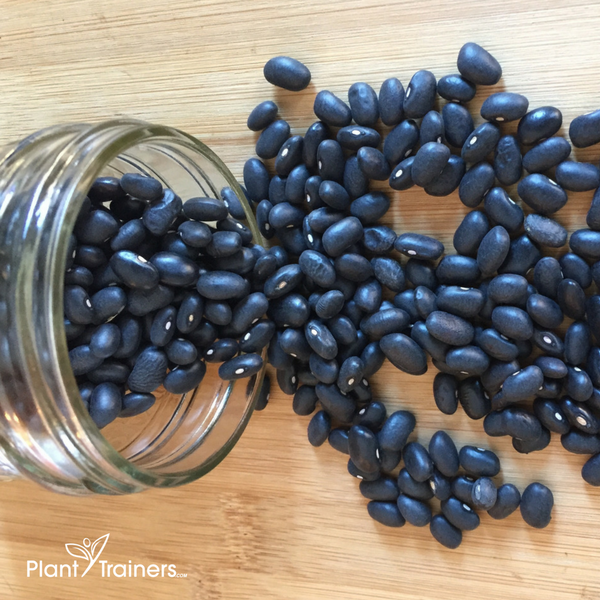 We’ve BEAN thinking a lot about this one and are kinda convinced they are really purple. Have you ever soaked black beans before? They turn the water purple. They are native to North, South and Central America. Like most they are high in fiber, folate and their high content of protein and iron are their claims to fame. A single 1 cup serving will provide you with 60% of our fiber intake and 30% of protein. According to Dr. Greger, black beans have the highest antioxidant properties compared to all the other legumes. These are now being made into flours and pastas, which pack a strong punch and are a nice alternative to traditional wheat pasta. Try adding them to salads, wraps and chilies for the win! 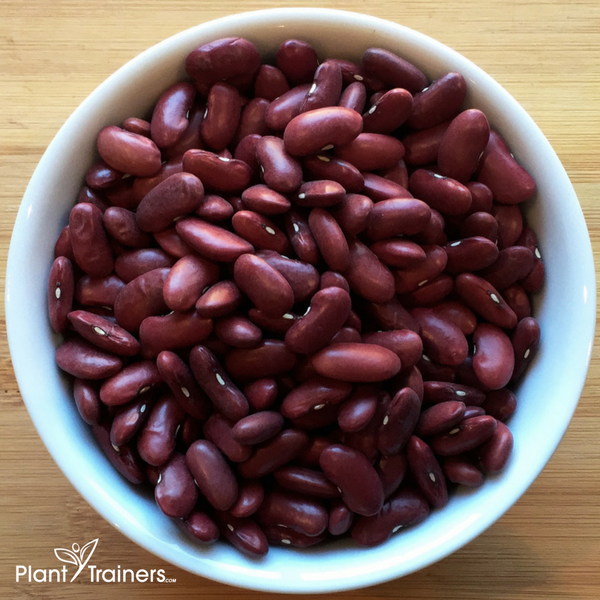 No KIDNEY BEANNING around, this bean wins our heart. Just like the name suggests, kidney beans are shaped like kidneys. Did you know white kidney beans are known as cannellinis? Kidney beans were introduced into Europe by Spanish explorers returning from their voyages to the New World. The largest commercial producers of dried kidney beans are India, China, Brazil and the USA. Kidney beans are high in fiber, folate and copper. They are a great food choice for those with insulin resistance or hypoglycemia. When they are combined with rice and or quinoa they become a high quality protein. You can add them to simmered dishes like stews. 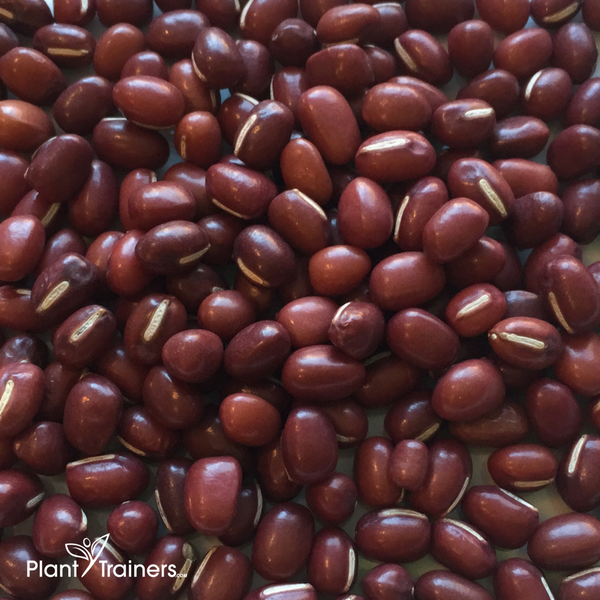 These are small red beans that have many uses. They are often sprouted and eaten raw, added to Asian dishes or even made into red bean paste. We feel like we are in “Groundhog Day” here telling you that these are so versatile and are good for stabilizing blood sugars, promoting good heart health and can help with weight management due to being high in nutrients and low in fat. Adzukis beat out kidney beans in almost every nutrient contest. So if you are looking to try and beat your iron issues, these are a great go to choice. Still stuck on the red bean paste? That is a part of Asian desserts when they boil the bean down, sweeten it with sugar and mash it up. It’s most often found as red bean ice cream and in Chinese mooncakes. 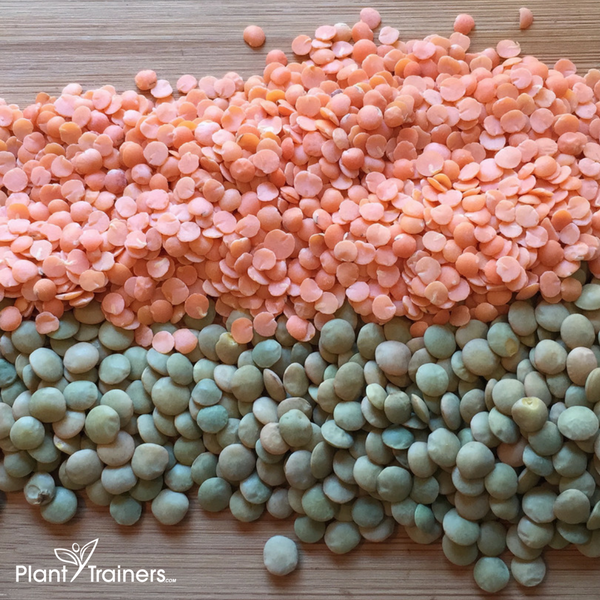 We are a LENTIL BIT bias about this one since lentils are a staple in our home! Although lentils are usually considered more of a legume, we wanted to include them. Lentils are super high in folate, fiber and protein with virtually no fat. They fill you up…not out 😜 . Like many legumes, they are great for stabilizing blood sugar and are a great food to aid in the prevention of coronary heart disease. Believe it or not, lentils are believed to have been one of the first foods ever cultivated. Lentils may be the easiest of the dried beans to prepare. They come in green, brown, red and a few other varieties, but those three are the most common. Lentils are great in a soup or served with grains.

Wondering why we left out the ever-popular garbanzo bean or chickpea? Because it is exactly that…ever so popular.

Let us know which is your favorite bean below or tag @planttrainers on your next bean post on Instagram. We love hearing from you…we think it’s COOL BEANS!