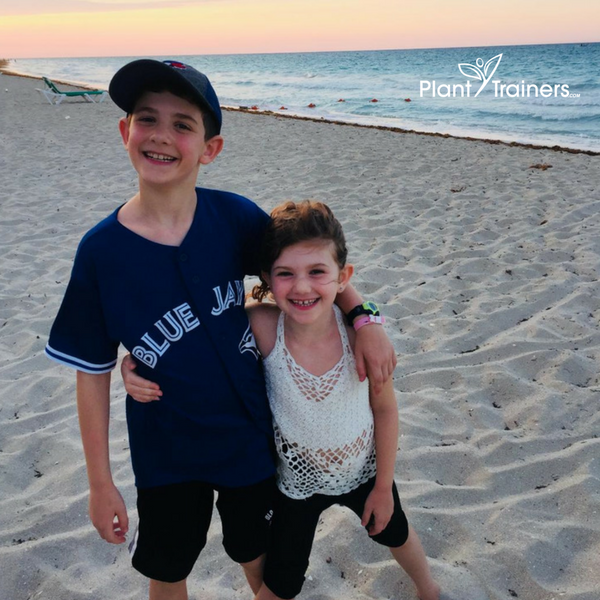 Hey Plant Trainers, as a mom who is trying to be plant-based and raise plant-based kids. I need support! How do you deal with kid’s choices to eat animal foods with friends or other family members?

Thanks for your question, Mom Patrol.

Congratulations on wanting your kids to be plant-based. Clearly, you have done your research and you know that children can thrive on a plant-based diet!

When it comes to making sure your kids stick to your values, you have to really consider what stage everyone is in.

First off, if YOU are in the mostly plant-based stage, but not 100% you can expect the same thing from your kids. We do not, nor should we be, in a “do as I say not as I do” era. Setting an example is really one of the best ways to influence your children.

Second, it depends on what stage of life your kids are in. Kids under the age of 10, who are rarely out with money in their pocket will usually follow the values of the family. They often don’t see the opportunity to try new things that would not be deemed as acceptable in the home. Most likely you have sent with or pre-arranged food for them that they can eat, and they are satisfied. Talking to your kids and letting them know that’s how it is and having a conversation around that usually gets goods results.

Then we have those pre-teens and teens. Here is where things take a different turn. Whether it’s food, religion or clothing, kids start to get curious, rebel or just make their own values. Many (but not all) kids begin to experiment or push limits for one reason or another. Depending on your parenting style, there are some different approaches which range from “your body, your life” to “as long as you live under my roof, it’s my rules.” Neither of which sit well with us and our parenting and coaching skills.

We suggest having a conversation with your child and asking about their wants and telling them about your concerns. Come to an agreement on what is on the table and what isn’t. If they have a piece of cheese pizza twice a month, but you maintain a good relationship with them, you may be winning. We do find most children who do eat that pizza, seriously regret it in the bathroom a few hours later and think twice before they choose it again.

Overall, there comes a point where we have to hope we gave our children enough foundation to make their own choices. They have your support and let those choices take them on their own journey.

A great way to keep kids interested in plant-based foods it to keep them learning and exposed to them. Try having them play in our Yummy Foods Activity Book and learn about food though puzzles and games with your support.

You may also enjoy listening to this conversation we had with Sid Garza-Hilman on parenting ourselves before our children.

This 5-minute episode When Plant-Based Kids Are Faced With Non-Vegan Foods may help you out too!