The True Test of Breakfast 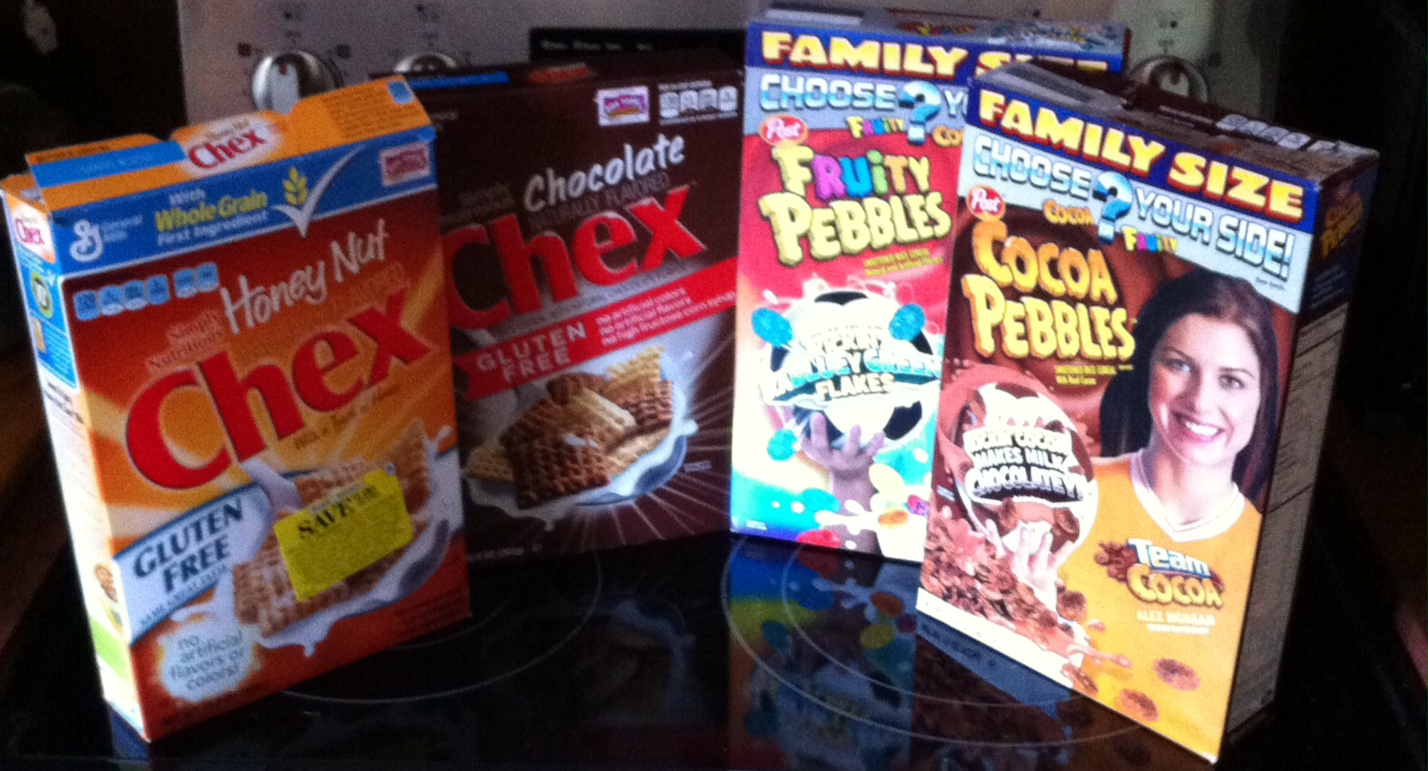 We were on a vacation down at a family summer home in the Adirondacks. It is a lovely piece of land with a large house, a pool, tennis court and miles of glorious road with an awesome view for running and biking. The kids get to play with their cousins and spend time with the grandparents. It is a perfect place except for one thing. Temptation of sugar cereal!

Just in case you think you didn’t read right, I’ll repeat it again…sugar cereal! To be more specific those chocolate or fruity little Pebbles and chocolate or honey-nut Chex filled with every kind of processed rice and corn and list of food dyes longer than the list of ingredients.

I caved. The kids and I had a bowl for breakfast.

Here is what happened next – Adam went out for a run and I struggled to get the kids dressed and lathered in sunscreen. They were acting lazier than normal and wanted to play boardgames, I didn’t think anything of it. Then once we got outside into the beautiful sun and windy air, we began our walk. We were not even at the edge of the property and the whining began. One wanted to go back to our city home, the other wanted to go watch TV. Then one was cold and the other was bothered by the sun. One wanted to pick flowers and the other one didn’t…and it went on and on. Let’s remember that I partook in the eating of the sugary food dye evil beast as well. I had a harder than usual time dealing with their squealing. In fact, I am usually pretty patient, but not on this day. That’s when I decided we needed REAL FOOD in our bodies. When we got back to the house I whipped up a smoothie for the kids with kale, berries and banana. Mine was kale, carrot, apple and ginger. Sip, sip, sip.

Within minutes, we were all normal again. The kids were laughing together. No one was crying and my body and mind were settled. It was almost like one of those Snickers commercials with the hungry friend who looks like a goon until they eat the bar. The only thing about that commercial is they don’t show them 20 minutes later after their sugar drops even lower again. That didn’t happen here. We were sustained for quite a while.

So…Lesson learned. If you eat sugary crap for breakfast, you will act, think and feel like crap. We discussed this as a family so the kids would understand why they had a yucky walk with mom.

DO NOT try this experiment at home. Fill your household tummies with real food – nutritious food. Then reap the benefits. If you must, save the processed, sugary junk for a small snack after a nutritious meal so you are satisfied with just a bit. Or, better yet, find something naturally sweet.

Me again. As a side note…I was being bothered by the kids to prepare breakfast as I wrote this blog. I wanted to finish it before heading into the kitchen. Finally I closed my computer and asked our son what he wanted for breakfast. Here is what he said:

“I would like all the cereals we have mixed together that are not sugary and are gluten-free.”

It looks like I’m not the only one who learned my lesson!
Way to go R!

Tips for Transitioning to a Plant-Based Diet

I Am A Peaceful Goldfish with Shoshana Chaim – PTP404