The Smoothie – 4 Simple Recipes That Make Everyone Happy 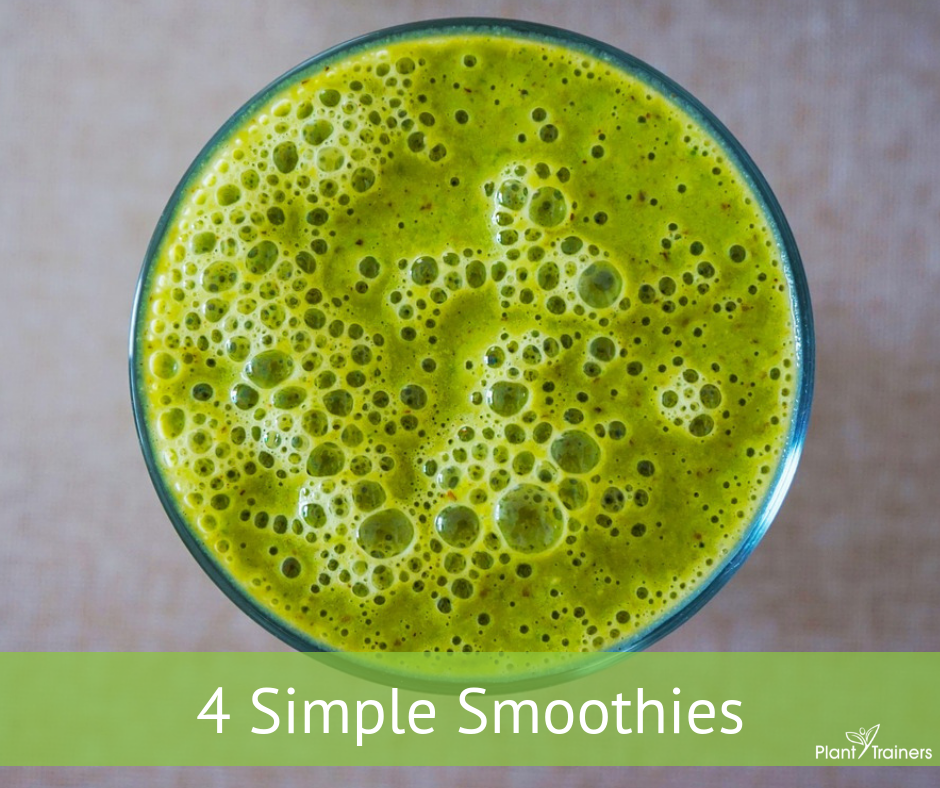 Recently we had a Smoothie Challenge in our Facebook groups, We encouraged participants to make at least one smoothie per household per day and post the pic and the recipe.

Research shows we are not getting enough F&Vs (fruits and veggies) in our diets. Lack of fiber and nutrients can keep our bodies from working at optimal performance.

Smoothies are a great opportunity to get in foods that are high in antioxidants like berries as well as use the fruit and veggie flavor to mask the taste of anti-inflammatory spices like turmeric. I love making smoothies for my children because I can throw in cooked or sprouted beans. That’s right I put those fibrous iron bullets right in there. G-d bless the Vitamix!

You’ll notice there really aren’t many measurements happening in these recipes. It’s fun to just throw things in and see how it tastes. Live outside the box. Just throw in your F&Vs and blend it up! It almost always results in an awesome tasting smoothie!

Here are some of the winning combinations! She made her smoothie with dinner and put it in a wine glass to make it fancy. Joy also had another smoothie where she combined F&Vs that were about to go bad in her fridge. A great tip. Sara says “Buy your own strawberries and freeze them. They taste better that way!” A smoothie for two.

A Natural Approach To Healing with Carl Mason – PTP448

From Cancer To Boston with Boyd Dunleavey – PTP447

June 27, 2022
One thought on “The Smoothie – 4 Simple Recipes That Make Everyone Happy”